There are three early images of a nurse at the forefront of the development of nursing. This is the folk image of “sister-mother” – a period when the care of the sick was carried out at home by women and was limited to the treatment of ceremonies and herbs. Another religious image is “the worker of God” – a period characterized by the appearance of all kinds of almshouses, where church attendants cared for the sick. And the third stage (the “dark” period) is the image of the “servant” – when people with special education began to provide assistance.

Nursing: An Introduction to the Past 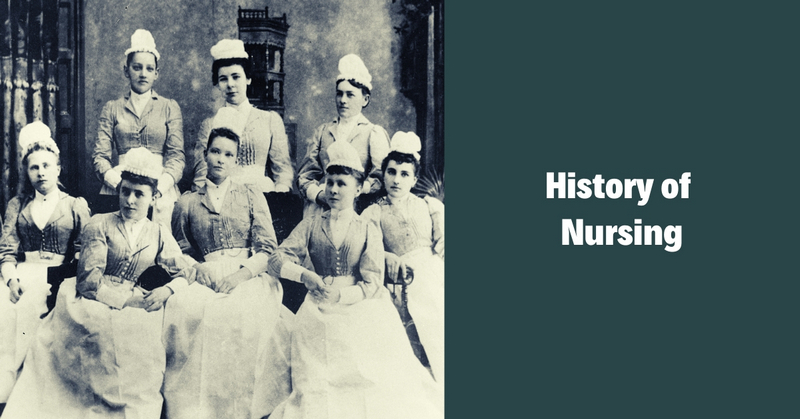 The activities of an outstanding person, Florence Nightingale (1820-1910), played an important role in the development of nursing in Europe in the XIX century.

Florence was born in Florence (Italy) in a rich aristocratic family and received a brilliant education for the woman of her time. She knew literature, knew five foreign languages, studied mathematics and science, studied painting and music. But a calm and prosperous life did not attract a girl. Florence was looking for an opportunity to actively help the poor and the sick. But at that distant time, activity connected with charity, assistance to the needy, was considered an occupation not worthy of a noble woman. The girl sacrificed personal happiness, dear relations with her parents but remained faithful to her vocation. Thanks to perseverance, in 1851 she entered the community of the sisters of Pastor F. Flander in Germany, where she received a nursing education.

Two years later, Florence holds the post of head of the hospital for teachers in London. During a cholera epidemic in London, she works as a sister of mercy in a cholera hospital. The name Florence Nightingale gains fame, and she is offered to manage the Royal Hospital, but the outbreak of the Crimean War (1853-1856) changed her plans.

During the fighting, the British army suffered heavy losses, which increased due to the poor organization of the military medical service. Therefore, the war ministry was looking for an experienced, knowledgeable person with organizational skills who could be trusted to lead the medical volunteer team. Florence Nightingale was such a woman. She personally selected 38 future sisters of mercy and went with them to an English hospital in Scutari (Turkey). Brave women awaited a terrible picture: rotten, dirty barracks, parasite-infested mattresses, lack of linen and dressing material, lack of fuel. More than 2,000 wounded lay side by side on rotten plank beds; patients with typhoid and cholera were not isolated from other sick and wounded people.

The sisters of mercy, led by Florence, vigorously set about rebuilding the hospital, ensuring in the military field conditions of maximum effective sanitary treatment and nursing care. They achieved a reduction in mortality from 42% to 2%. At night, the light of Florence Nightingale flickered everywhere. Nicknamed the soldiers “Woman with a lamp” she did not depart from the sick and wounded. By the end of the war, 125 sisters had already worked under the leadership of Florence. After the end of the war, before leaving for England, she put up a large white marble cross on the high mountain over Balaklava in Crimea in memory of the dead soldiers, doctors and nurses. Help in the theater of war brought Florence even greater fame. A ship was named after her homeland. Queen Victoria repeatedly invited a wonderful woman to the residence and gave her a diamond brooch with the inscription: “Blessed are the merciful.”

After the end of the Crimean War, Florence Nightingale continued her activities in medicine, but at a different level. She writed many books and articles about the assignment, role, activities, and preparation of nurses. Such works as “Notes about hospitals”, “Notes about nursing care”, “How to care for the sick” and many others who receive an enthusiastic assessment of physicians are published even in our days. Miss Nightingale’s influence on the status of women in the UK has been enormous.

Florence gave a lot of time and effort to the training of nurses. In 1860, on the initiative of Nightingale in London at the St. Thomas Hospital, a test school for sisters of mercy was opened. For 27 years, this school was led by a nurse trained by Florence. When finishing school, the sisters of mercy pronounced a solemn oath drawn up by Nightingale where they said: “I solemnly pledge myself before God and in the presence of this assembly, to pass my life in purity and to practise my profession faithfully. I will abstain from whatever is deleterious and mischievous, and will not take or knowingly administer any harmful drug. I will do all in my power to maintain and elevate the standard of my profession, and will hold in confidence all personal matters committed to my keeping, and all family affairs coming to my knowledge in the practice of my calling. With loyalty will I endeavour to aid the physician in his work, and devote myself to the welfare of those committed to my care.”

Florence Nightingale died at the age of 90, she is buried in St. Paul’s Cathedral in London. The selfless woman has become an example of service to people and a type of international mercy. A medal with her image is awarded for the special merits of distinguished nurses. The Florence Nightingale Medal was established in 1912. To date, more than 1,000 people have been awarded this medal.

In 1934, the International Council of Nurses, together with the League of Red Cross Societies, founded the Florence Nightingale International Monetary Fund, which aims to facilitate the training and retraining of nurses throughout the world. The name Florence is known worldwide. The American poet T. Longfellow dedicated his poem “Saint Philomena” to her. Monuments have been erected in her honor in London and in France. We can see the image of Florence on banknotes and on postage stamps. Many medical schools in different countries bear her name.

A large role in the development of nursing abroad belongs to the international Red Cross Society. The International Committee for Assistance to Wounded, headed by A. Dunant, convened a conference in Geneva in October 1863 in which representatives of 13 countries participated. The greatest successes in the development of nursing in the XIX-XX centuries were achieved by the United States, where the American Medical Association was first established. In 1873, the first three nursing schools were opened in the United States according to the F. Nightingale school model in London. In 1877, a nursing home was opened.

The creation of the American Red Cross Association dates back to 1869. Clara Barton was the first president. In 1886, the first professional Society of Nurses was created in the USA, in 1899 – the International Council of Nurses was established. In the same year, a one-year course of nurses’ academic preparation for work in the field of nursing administration was created.

Since 1900, the first professional nursing journal, American Journal of Nursing, began to be published, with the first editor being nurse Sofia Palmer. In 1907, for the first time in the world, M. A. Nutting received the academic title of a professor in the field of nursing. The woman took the position of a professor in the department of nursing education at the teacher’s college at Columbia University.

In 1919, the Committee on the Study of Nursing Education was formed in the USA, and since 1920 the first master’s programs in nursing were introduced. Since 1952, the first international scientific journal on nursing, Nursing Research, has been published. Now the number of professional nursing journals published in the USA exceeds 200. Since 1960, doctoral programs in nursing have begun to appear; by the end of the 70s, the number of nurses with a doctorate degree in the United States reached 2,000.

In 1971, a standing committee of nurses was created in the International Council of Nurses, the first president of which was nurse Marie-Paul Florent. In 1973, the American Nurses Association  established the National Academy of Nursing Sciences in the United States. In 1977, the International Labor Organization (ILO) adopted Convention No. 149 on nursing personnel, which enshrines the role, position, use, conditions and standards of nursing care.

Mrs. Dorothy Hall, an adviser for nursing and midwifery, noted that the misuse of nursing staff has slowed down not only the development of nursing but also the entire health care.

The main stimulus for the development of “early nursing” was the emergence and spread of Christianity. In this connection, Christian ideals and values were based on nursing: mercy, kindness, and concern for others. The emergence of secular nursing communities also contributed to the further development of nursing care, based on the principles of church autonomy and more related to medicine.

Numerous wars, natural disasters, mass epidemics and related crisis phenomena were important social factors contributing to the further development of nursing. The search for the most rational forms and methods of nursing care during periods of military campaigns contributed to the intensification of research in the field of nursing.

The beginning of modern nursing can be considered the reforms proposed by F. Nightingale in the field of nursing training, their activities, management of nursing services through the use of specially developed scientific methods that had a decisive influence on the development of nursing throughout the world in subsequent periods. The establishment of national and international nursing associations, societies and unions since the end of the 19th century has also contributed to the strengthening of the nurses’ social and professional status.

The creation of a multi-level nursing education system and the ranking of nursing personnel by professional qualification levels were primarily due to economic reasons since the healthcare system in Western countries developed as a profitable business, ensuring the conditions for rapid technological progress and the creation of a broad market for medical services.