The medical profession has always been treated with great respect. Indeed, the development of humanity is impossible without these people. The nursing awards are special decals awarded only to the best workers in this sphere. The Florence Nightingale Medal is one of these honorary awards

What is the Florence Nightingale Medal? 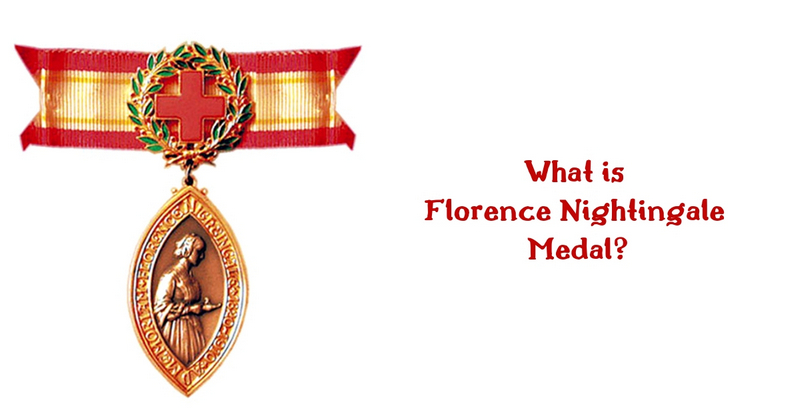 The Florence Nightingale Medal is the highest distinction awarded by the International Committee of the Red Cross. It is awarded to nurses who “distinguished themselves by their exceptional dedication in caring for the wounded and sick during wars and a public disaster.” This medal could be handed over posthumously if the person was lost in the line of duty. The Florence Nightingale Medal is awarded every two years.

The medal was established in 1912 by the League of the International Red Cross and Red Crescent in honor of the English sister of Mercy, the initiator of the transformation of medical care for the sick and wounded in many countries, voluntarily dedicating her life to improving the sanitary conditions in hospitals.

The medal is attached to a barrette in the form of a straight, even-pointed cross of red enamel, framed by a laurel wreath with green enamel leaves and red enamel berries. A ribbon in the form of a flat bow is passed through the barrette. The ribbon is white with wide red stripes on the edges and narrow yellow stripes closer to the center.

In 1961, the Florence Nightingale medal was awarded to the nurse Lidia Filippovna Savchenko (1922-2000) for the courage and mercy shown during the Great Patriotic War. She received the first baptism of fire under the Weimarn station of the Volosovsky district, where the train suddenly fell under the bombing. L.F. Savchenko, together with her friends, rescued the helpless wounded from the burning wagons, bandaged them, and provided the necessary medical assistance. In the battle for the Saldus station, Lydia Savchenko carried out 35 wounded soldiers and commanders, she was seriously wounded and sent to the medical battalion. After recovery, she worked as an operating sister in the medical battalion, giving her blood to the wounded, thereby saving them life.